To honor the memory and service of Richard T. Schoonover II, the Rick “Schoonie” Schoonover Memorial Scholarship is awarded annually to the most deserving high school senior with a family member that is part of Virginia Beach law enforcement. The $2500 scholarship is awarded to help defray the cost of continuing higher education. 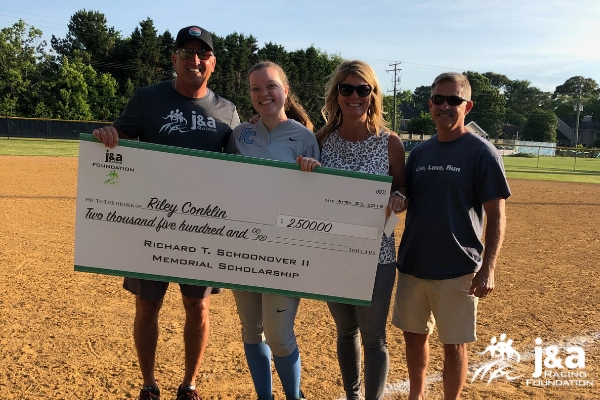 Rick “Schoonie” Schoonover was a longtime resident of Virginia Beach who spent the majority of his adult life in service to his community as a Virginia Beach Police officer, Sheriff’s deputy, and volunteer. Schoonie joined the Virginia Beach Police Department in 1978, where he proudly served in several capacities and eventually rose to the rank of Sergeant. In 1999, he transitioned to the Virginia Beach Sheriff’s Department, from which he retired in 2006 as the Chief Deputy. Schoonie was also devoted to physical fitness, and was an integral member of the Yuengling Shamrock Marathon Committee, where he was a major contributor to the phenomenal success for which the annual Virginia Beach tradition is known today. Schoonie left this life too soon on November 1, 2012.

Learn more about our events!

Happy National Dog Mom Day! We have so many amazin

It's the moment you have all been waiting for... T

Calling all mom's to our special Mother's Day edit

Happy Mother's Day to all of the incredible mother

We had an amazing morning celebrating all of the i

Meet Heather! She loves all things permits and pla

We are 5 months out from The Bayport Foundation Cr